With COVID-19 accelerating the shift towards digital payments, blockchain is helping to lead the way. 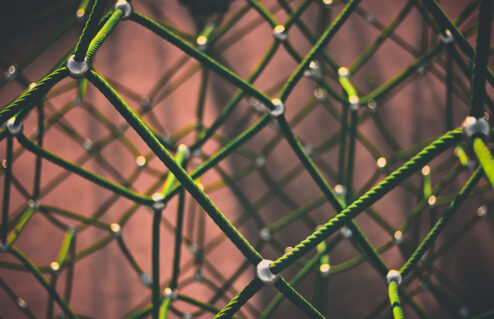 This article was contributed by Fady Abdel-Nour, PayU’s Global Head of M&A and Investments. It was originally published in Asia Times Financial.

Fintech startup Novi’s recent rebranding of its digital wallet – ‘Novi’ is Latin for ‘new way’ – is a sign of our times, as the global financial system hurtles toward a digital future embracing new payment modes.

The coronavirus pandemic has accelerated that transition as governments look to minimize the use of physical cash in an effort to safeguard their populations while keeping the wheels of their economies turning.

During COVID-19, the US and UK have both taken unprecedented steps in leveraging fintech to distribute stimulus funds. The People’s Bank of China and Hong Kong Monetary Authority, meanwhile, are both promoting stablecoins to reduce money laundering.

It is well known that blockchain technology made its first debut at the time of the last global financial crisis in 2008. Blockchain has since developed, becoming touted as one of the most ground-breaking technologies.

Due to its transparent and trackable properties, blockchain has the potential to impact every industry from financial services to manufacturing to education. And now, twelve years on, we are beginning to see financial institutions consider it a real potential alternative that could become a mainstream currency.

The most momentous change we’ve seen in the last year is the shift in central banks’ attitudes. While these institutions can often be slow to innovate, rightly concentrating on security and regulation, we’re now seeing them recognize the need for a more accessible currency.

One of the driving factors behind this acceleration is the attempt to minimize the use of cash in an effort to reduce the transfer of coronavirus. Players who previously considered digital currency as a convenience now see its importance in keeping people healthy and the economy moving. A recent survey of 66 central banks by the Bank for International Settlements shows that more than 80% are currently working on central bank digital currencies.

Leading the way in Europe is, appropriately, the European Central Bank. At the end of last year, the institution brought together a group of central banks to understand whether they should launch their own digital currencies.

The ECB has since promised to release a report detailing what this currency could look like. In advance, the Association for Financial Markets in Europe has published a whitepaper sharing recommendations for how the industry should work together to regulate crypto-assets.

On the European level, AFME’s report called out specific players, highlighting that “there is currently an opportunity for the industry, NCAs and EU bodies (e.g. European Banking Authority (EBA), European Securities Markets Authority (ESMA), ECB, European Commission) to collaborate in fostering convergence”. Collaboration for the benefit of the continent is the call to action with the aim of providing a global hub for digital currency.

Meanwhile in Asia, the People’s Bank of China is already trialing its central bank digital currency wallet. Building on this, Chinese political advisers have proposed a regional digital currency that would be backed by four major Asian currencies.

The Hong Kong Monetary Authority has encouraged this development as it will pave the way for China’s central bank digital currency rollout identifying potential risks. In turn, this enables the regulatory body to create a much more accurate framework to monitor the stablecoin’s cross-border transactions, manage risks and discourage money laundering.

Regulation as a gateway for innovation

With the world suddenly forced to turn its attention to keeping economies running with limited movement, blockchain’s potential cannot be ignored. And in order to ensure funds can move safely and securely, regulatory bodies have to be involved.

Prior to the pandemic, regulators were already starting to recognize the vital role they have in supporting the progression of new technologies. 2019 saw the founding of the Libra Association (renamed Diem in December 2020), which proposes a new blockchain digital currency that will be more accessible to all members of the public, particularly those typically excluded from financial ecosystems.

To support its alignment with governments and regulators worldwide, Diem recently appointed a CEO and a general counsel with significant expertise in the legal and regulatory aspects of financial services. The whole industry faces the challenge of blending new and innovative technologies with essential regulation and security.

What’s next for blockchain in 2021

Regulation and innovation will need to keep moving together to ensure progress isn’t lost. The next stage of growth for digital currencies will involve acceptance by the general public, which makes it imperative that a set of rules are created by regulators and adopted by developers to inspire trust and confidence.

Entrepreneurs, fintechs and innovators can all keep exploring the capabilities of technology, but without a clear and safe path forward within financial services, progress hits a roadblock. A global currency, backed by blockchain, would have the potential to enable a more accessible payment tool.

A current working example of this is Luno: a PayU portfolio company and Malaysia’s first fully regulated crypto exchange that is helping residents of emerging markets to invest and trade in cryptocurrencies. Many users are already making fair returns on their investments. With more innovation along these lines, financial inclusion could be unlocked at a scale previously unimaginable.

This will have a tremendous impact on broadening access and lowering costs for essential financial services for billions of people, while expanding opportunity for those who need it the most.

Excited about blockchain? Read Fady’s interview with Verdict Magazine for more thoughts on the future of blockchain adoption.

Global Head of M&A and Investments
1