Mario Shiliashki, CEO of PayU’s Global Payments Organization, shares his take on Latin American fintech in the wake of COVID-19. 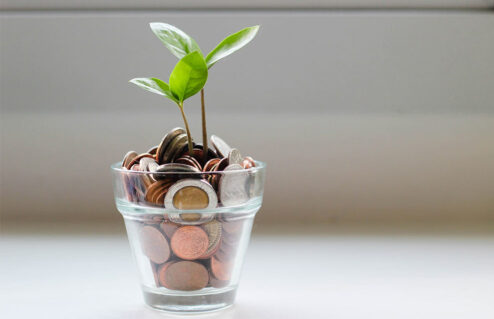 This article was written by Mario Shiliashki, CEO of PayU’s Global Payments Organization. An initial version was first published on The Fintech Times.

“Resilience” has been right up there with “covid,” “coronavirus,” “pandemic” and “vaccine” among the words used most frequently over the past year.

As regions go, Latin America has been particularly resilient. The global health crisis has driven substantial change in the region, which was, for the most, already demonstrating its desire, adaptability, agility, and appetite for innovative financial services. Even amidst continued political and social pressures, LatAm’s fintech landscape was already flourishing prior to the pandemic.

Since 2014, funding for Latin American fintech grew from under $50 million to more than $8 billion in only six years. Altogether, fintech in Latin America has an estimated value of over $150 billion.

The extraordinary rise of Latin American fintech can be attributed to several factors, all of which are transforming the region – policy, government backing, escalating internet and mobile penetration, and obviously, massive adoption in e-commerce – both locally as well as internationally.

Across the public sector, strong government support for expanding foreign investments has proven quite effective, allowing businesses to capitalize on government tax and investment incentives offered in the region. Notably, these incentives have targeted not only businesses but also private consumers.

In Colombia, for example, the government initiated a series of days without value-added sales tax in order to drive online spending in the wake of last Spring’s lockdowns. On Colombia’s three VAT-free days in 2020, transactions on PayU’s payment platform in Latin America saw a sevenfold increase compared with that of regular shopping days.

It hasn’t just been government driving the uptake of fintech products and services in Latin America. In the LatAm market, key fintech players are offering quantifiable benefits to consumers and businesses alike, which has been especially beneficial amidst the health crisis.

At PayU, in our capacity as an online payments provider, we’ve observed firsthand the significant fintech adoption, with a strong migration towards e-commerce being one of the most obvious trends. Both domestic and international merchants are working quickly to implement e-commerce based on the current changes in consumer behavior.

The impact of spending more time at home

During 2020, over the course of the first seven months alone, PayU processed over 120 million transactions for over 25,000 merchants throughout Latin America. Essentially, this is a 70% growth compared with 2019.

Primarily driven by the fact that consumers had to spend long periods of time isolated at home, the popularity of online entertainment increased significantly. As a result, payments for the use of streaming platforms in LatAm increased, on average, by 100%. Likewise, with homeowners having no excuse to put off DIY home projects, home improvement projected substantially increased on average 130% from January to July.

Given this increased demand, it is imperative that companies have the ability to grow and scale online to keep up. For international merchants eager to make the most of the Latin American online consumer landscape, having a global payments partner with regional knowledge is a must.

With the world slowly opening back up, global e-commerce is one way that merchants can remain resilient against the lingering effects of the pandemic. This has been the case in Latin America, with e-commerce emerging as a literal life-saver for many small and medium-sized businesses across LatAm over the past year.

Thanks to supportive regulation, growing internet penetration, and ongoing efforts around digital and financial inclusion, there has never been a better opportunity for domestic and international players alike to enter the world of Latin American fintech and e-commerce.

As the digital economy in Latin America continues to evolve, payment technologies that make the shopping experience frictionless, safe, and adaptable to consumer needs will be integral to its ongoing success. Looking ahead, we at PayU are excited to see how LatAm’s fintech landscape will continue to grow in the years to come, both in e-commerce and in the supporting innovations shaping the region’s emergence as a global fintech hub.