PayU has agreed to terms with shareholders of the Indian digital payments provider BillDesk to acquire BillDesk for US$4.7 billion. The deal is subject to regulatory approval. Read more

What do the global numbers tell us about online learning offerings during the pandemic? Part 3 of our market vertical series on emerging markets for e-commerce. 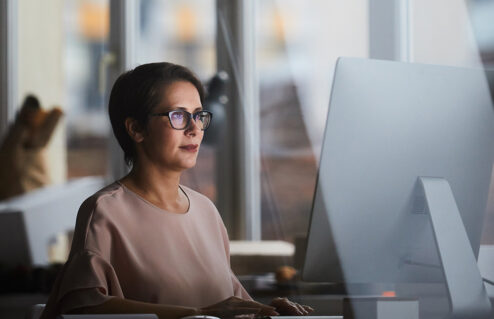 Coronavirus lockdowns truly transformed the education sector in 2020, with remote learning and virtual courses becoming the norm across the globe. As the global pandemic lingers into 2021, with devastating outbreaks in India and other locations and lingering uncertainty for when COVID-19 will be brought fully under control, the education sector is in the midst of changes that are likely to endure well into the future.

Education was upended almost overnight in the Spring of 2020, as sudden school closures and lockdowns forced quick transitions to remote learning that tested students, teachers, and families alike. Yet in many ways, the rapid adoption of online learning in school and university environments built on digital developments in education that have been building momentum for years. The market for online courses, school publishing, and other digital products and services in the education sector had already been growing for years even before COVID-19 changed the world as we know it. This is true both in more established digital marketplaces as well as in developing countries.

The education sector was one of four market verticals examined in The Next Frontier, PayU’s report looking at e-commerce growth across 19 emerging markets in Europe, Africa, Latin America, India, and Southeast Asia. Consisting of online courses, professional educational services, school publishing, and school and universities fees, our analysis of the online market for education casts a wide net when looking at the online educational landscape in emerging economies.

In Part 3 of our E-Commerce Sector Series, we look at the key regions where e-commerce spending on educational products and services is growing the fastest – according to external information as well as our own data from PayU’s payment platform in key emerging markets. Keep reading below the image, and be sure to check out our earlier sector breakdowns looking at the e-commerce picture in emerging markets for Beauty and Cosmetics as well as Fashion.

Online learning around the world during the pandemic

LatAm shows the most growth in online education spending

Although the percentage growth in online education was not as explosive as in some of the other market sectors explored in our report, total online education spend did grow by 69% across PayU’s seven Latin American markets between 2019 and 2020, according to data from PayU’s payments platform.

This was 10% higher than in PayU’s EMEA markets, led by Mexico and Argentina, which grew by 139% and 138% respectively. PayU also processed USD $350 million worth of education-related transactions in the Colombia in 2020, a 73% increase over 2019.

Although the value of educational transactions on our Brazilian platform only increased by 14% for the full year, spending was 59% higher in Q4 2020 than for the last quarter of 2019.

Spending levels in some key Eastern European markets are already catching up. The total amount of consumer spend on education in Romania was estimated at $1.8bn in 2020, which puts Romania among the top 15 EU countries for consumer spending on education despite having a significantly lower GDP per capita. With more and more education spend moving online, Romania’s digital landscape for educational products and services could be poised for a breakthrough. With a wide range of learning subscriptions and of course online courses already being paid for online, in Romania and other Eastern European markets we expect to see regular school fee payments move online in the near future too.

In Poland, the largest consumer market among Eastern European countries who have joined the European Union, online education spending saw significant growth in 2020. Merchants offering a variety of online courses and other professional educational services saw particularly rapid growth in Q2, with average e-commerce spend increasing by 124% compared to the second quarter of 2019. Although a predictable drop-off occurred during Q3, the numbers were back up in Q4, with a 42% growth rate year-over-year.

Big increases in transaction value for online education across EMEA

Generally speaking, big jumps in average transaction value played a major factor in the growth of overall online education spending on PayU’s platform across EMEA in 2020.

This was true in Turkey, where consumers spent 28% more with educational providers using PayU and Iyzico’s platform in 2020 than in 2019. This was driven by a $100 increase in the average educational transaction value, a significantly higher jump than in any other sector. As in Brazil, the biggest overall increase in education spend in Turkey took place in Q4, indicating longer-term momentum.

Looking at the African marketplace, South Africa was one of PayU’s standout markets globally when it came to education in 2020, with a 67% increase in spend compared with 2019. More than in any other market, the increase in overall educational spending in South Africa was driven by a big jump in the average transaction value on our platform, from $136 in 2019 to $404 in 2020.

Analysis: Digital education in emerging markets is a high value sector on the rise

When it comes to education, the data across multiple PayU markets reveals a high-value digital sector which is poised for continued growth in the years to come. While overall growth may have been lower in percentage terms than in other sectors, average transaction values on our platform across multiple markets were higher in education than in any other vertical.

Looking ahead, merchants in the education landscape should consider not only the end point of online learning but also the broader landscape of educational products and services in emerging markets which will become increasingly digital.

Although some of the acute demand for online learning may subside as students gradually return to in-person learning environments, the figures out of Turkey, South Africa, and other PayU markets show how much the global adoption of digital education offerings has been accelerated by the events of the past year.

Get further insights on the e-commerce landscape in Education and other key market verticals such as Fashion, Digital Goods, and Beauty and Cosmetics around the world.

We also provide insights on the local payment ecosystem, leveraging our experience as a trusted provider of payment technology and features offering merchants the best conversion rates in emerging markets.

Fill in the form to download our report and learn more about the rapidly emerging opportunities in e-commerce and other digital sectors across the world’s most exciting regions.

Visit our Insights section to learn more about e-commerce, fintech, and financial inclusion in emerging markets.