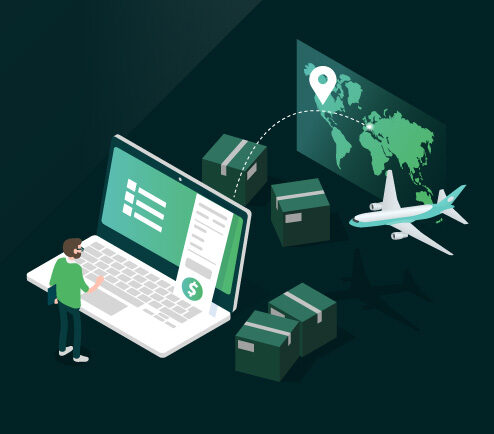 Cross-border e-commerce presents an exciting opportunity for any online merchant – but how do consumers respond to the idea of buying products and services online from abroad, and how many are actually doing it?

Furthermore, for those online consumers who are not shopping internationally, what’s holding them back?

PayU set out to answer these questions and more in our latest piece of research: Cross-Border E-Commerce: What Consumers Want.

In collaboration with Ipsos and the Polish market research institute ARC Rynek i Opinia, we surveyed more than 3,000 consumers in the United States, Poland, and Colombia, in order to dig further into consumer preferences of cross-border e-commerce, while underlining key trends and takeaways for online merchants.

If you are a global merchant interested in selling into any of the above markets, this report is for you.

What’s in the report?

Visit the download page for a summary of the report findings and to get your copy.
Go to report

What did we learn?  Below are a handful of key insights – download the report for a summary and analysis of our complete findings.

What did we learn?

In the United States and Colombia, only approximately one-quarter of respondents reported purchasing goods or services from abroad in the past year.  But signs of growth abound.  In the United States, half of those who had purchased goods or services from abroad reported doing so monthly.  And in Colombia, the percentage of those shopping across borders was about half the percentage of those who said they had shopped online from merchants based domestically.

In both countries, the desire to support domestic merchants was not amongst the factors holding consumers back.  As seen in our research, practical concerns such as the perception of high shipping costs and long delivery times were much bigger considerations.

Poland stands out for cross-border e-commerce

The percentage of online consumers shopping from abroad in Poland was approximately twice as high as in the United States in Colombia.  And while some of this difference could partially be attributed to the European Single Market, the interest in cross-border e-commerce amongst consumers in Poland’s fast-growing e-commerce market cannot be discounted.

In all three countries, China was the most common country where consumers reported buying goods online from abroad.  With this said, in the case of both Colombia and Poland, other large nearby markets accounted for a big share of cross-border online purchases.  In Colombia, the United States was a close second to China when it came to the most popular countries for online consumers to buy international products.  In Poland, the European Union as a whole made up the second-most popular market.

When selling online across borders, which online payment methods merchants choose to offer represents a key part of product and business localization.  This is a common refrain at PayU – and it bears itself out once again in our latest survey.  Approximately half of consumers in all three markets surveyed said they would be likely to abandon a purchase or consider another option if their preferred payment wasn’t available when shopping from an international merchant online.

Fill in the form below to download your copy of PayU’s report and learn more about consumer preferences when it comes to cross-border e-commerce.
1