E-commerce in Eastern Europe: The future is bright

Europe’s fastest-growing e-commerce markets are in the east. PayU’s new report takes a deep dive into this exciting region. 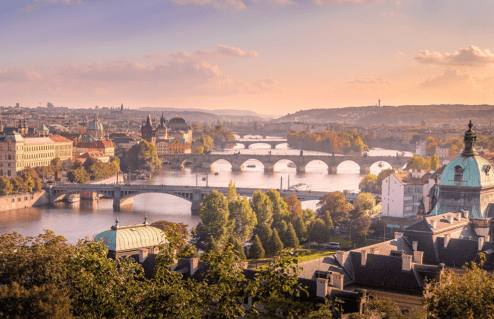 Although the big economies of Western Europe tend to get most of the attention from growth-minded online merchants, the future of e-commerce in Europe can be found in the east. With rising consumer incomes paired with a vibrant digital landscape, Eastern European e-commerce is expanding rapidly. In the years to come, the east will continue to fuel the growth of Europe’s e-commerce market as a whole.

For years, PayU has been immersed in the digital landscape in key Eastern European markets. And while e-commerce has boomed around the world amidst the turbulence of the past year, Eastern Europe’s growth has been a long time coming. Broadly defined, the total population of the region amounts to some 300 million citizens (when Russia and Turkey are added to the equation). Poland and Romania alone account for nearly 15 percent of the population of the European Union.

In The Next Frontier, PayU’s report looking at digitization and e-commerce across 19 global emerging markets, we outline the latest developments in key Eastern European economies. Combining external market data with information from our global payments platform and insights from PayU leaders on the ground, our report looks at the growth of four top emerging e-commerce market verticals.

Scroll below the image to explore the big picture for e-commerce in Eastern Europe, and be sure to fill in the form at the end to download our full report.

When it comes to economic and consumer trends, Poland is representative of developments that have taken place across much of Eastern Europe over the past decade. Just as a new, digitally-savvy generation has come of age, favorable economic conditions have brought jobs not only in traditional industry but also across the tech field. From an e-commerce perspective, Poland is a European hub both for IT services as well as logistics, a combination which is currently helping to fuel the rise of a sector that has grown at the same time as Poland’s overall consumer economy has matured.

According to external data, Poland leads Eastern Europe when it comes to spend across Beauty and Cosmetics (USD $720 million), Fashion ($6.49 billion), and Digital Goods ($615 million). What’s more, these numbers are still on a significant upward trajectory despite Poland already being more established when it comes to e-commerce than some of its Eastern European counterparts.

COVID-19 was obviously a major catalyst for 2020’s e-commerce growth in Poland but is far from the only factor. If anything, the growth numbers from 2020 show how the Polish e-commerce market still has significant room for further expansion.

If Poland is representative of the changes across Eastern Europe in the last decade, Romania is one place where we can look for signals of what the future might hold. Despite being among the smallest countries in the European Union in terms of GDP per capita, Romania has one of Europe’s fastest-growing e-commerce markets. At the same time, Romania’s population of nearly 20 million is more than the Netherlands and good for 6th among the 27 countries in the EU.

The numbers support Romania’s claim to being on the up-and-up when it comes to the digital economy. In terms of e-commerce growth, Romania was among the leading countries surveyed in our report both for digital goods (+54% since 2019) as well as fashion (+75%). The absolute numbers are also impressive. E-commerce spending in Romania in the fashion segment is projected to top $1 billion for the first time in 2021, outpacing wealthier Eastern European markets like the Czech Republic. In the beauty and cosmetics segment, which is also seeing a rapid rise (+47% since 2019), the average transaction value in Romania on PayU’s platform was $70, the highest of any EMEA market.

Efforts from the public sector and leading private sector institutions to increase the level of digitization in Romania can be expected to drive further gains in Romanian e-commerce in the coming years. There is an increasingly strong foundation to build on.

At first glance, the Czech Republic might not seem as exciting an e-commerce market as its larger neighbors to the Northwest (Germany), and Northeast (Poland). But looking more closely, we can see one of the fastest growing e-commerce markets in Eastern Europe, supported by the region’s wealthiest consumer economy.

The Czech economy is also closely linked with neighboring Slovakia. Taken together, the two nations represent a combined population of 16 million and an e-commerce market of $4 billion.

Key growth sectors include digital goods (+33% compared with 2019), and fashion, where transaction data from PayU’s platform showed an increase of 55% year-over-year at the end of 2020.

Looking at the numbers from 2020, the rapid expansion of e-commerce in the Czech Republic is underlined by a steady rise in average transaction value, showing promise for the future as more consumers look for opportunities to buy increasingly higher-value products online.

Russia and Turkey are key e-commerce markets to watch

Over the years, e-commerce in Russia has tended to disappoint, held back by unique challenges related to geography and logistics in a country that stretches across two continents.

It’s possible that the COVID-19 pandemic may have been exactly the jolt needed to kickstart e-commerce in what remains one of the world’s major economies. According to Euromonitor, e-commerce penetration in Russia increased from 7% of total retail sales in 2019 to roughly 11% in 2020.

Russia’s sheer size can also be a benefit for global merchants. On a sector-by-sector basis, Russian e-commerce posts big numbers when it comes to beauty and cosmetics ($1.85 billion), digital goods ($1.41 billion), and especially fashion (6.69 billion). Some analysts predict that online sales in Russia could exceed $30 billion per year over the next five years.

With all that said, e-commerce in Russia still underperforms the size of the country by population. Poland for example, with one-third of Russia’s population, and Turkey, with less than two-thirds, both equal Russia in terms of spend when it comes to fashion. The Russian e-commerce market will always be compelling when it comes to high-end products in core segments like fashion, but on a per capita basis the numbers also show the strength of Turkey and some of the other large middle-income markets.

The takeoff of Turkish e-commerce

With a market the size of Germany by population, and a top 20 global economy, it shouldn’t be a surprise that e-commerce in Turkey has been on the rise for some time. As in many places, the pandemic provided an opportunity to eliminate some of the barriers that had been holding back growth and bring new customers into the e-commerce landscape who may have been skeptical previously.

One major factor has been trust. In recent years, the Turkish government and regulators have adopted a raft of new measures to make online payments more secure. Digital signatures and certificates, which enable two parties – a merchant and consumer for instance – to be sure of each other’s identity are becoming increasingly popular across the country. Continuous upgrades like this make consumers feel safer online, and, as such, are helping to drive digital growth.

The necessity of e-commerce amidst the circumstances of the past year has also helped to bring more buyers (and sellers) online. Nearly a third of those in the craft trade began using e-commerce during the height of last year’s lockdowns. The numbers support the hype: our platform in Turkey saw a 64% increase in e-commerce volume during the first six months of 2020 compared with the same period in 2019. Both beauty and cosmetics (+229% on our platform) as well as fashion (+89%) saw major gains on a sector level.

Learn more about the digital landscape in Eastern Europe and other emerging e-commerce markets.

We also provide insights on the local payment ecosystem, leveraging our experience as a leading payment technology platform offering merchants a single global solution for emerging as well as established markets.

Fill in the form to download our report and learn more about the e-commerce landscape in some of the most exciting growth markets around the world.