How COVID-19 is changing global payments

The global payments landscape continues to transform as e-commerce sees an unprecedented level of interest from consumers and businesses. 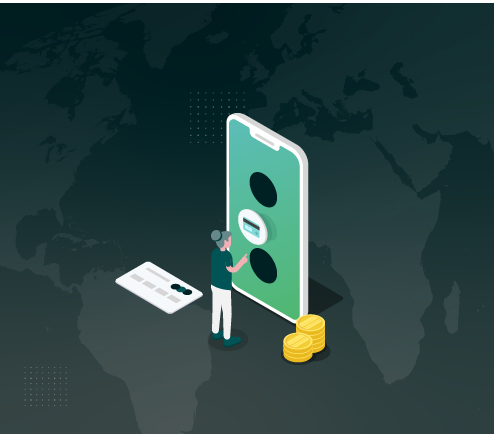 With COVID-19 having upended so many aspects of business and daily life, it’s easy to forget about some of the more obvious impacts that have been with us since the beginning of the pandemic – and continue to develop in new ways.

As retail closures and contact restrictions spurred a massive shift to e-commerce and contactless payments in the Spring of 2020, the start of the pandemic accelerated a number of macroeconomic trends that were already gaining traction previously.

By how much? According to a McKinsey report, COVID-19 accelerated these trends two-to-five times faster than before. Nearly two years later, e-commerce continues to transform business in multiple parts of the world. Behind the shift? Digital payment solutions that are becoming more complex, more sophisticated, and are themselves evolving to meet the changing needs of consumers and online merchants.

So, what’s in store in 2022 and beyond? And what other transformations will disrupt the sector in the meantime? Read on to see how COVID-19 has impacted global payments.

The impact of COVID-19 on e-commerce

What’s in store for online payments in 2022?

The impact of COVID-19 on e-commerce

Global e-commerce sales reached a smashing $26.7 trillion in 2020, accounting for nearly one-fifth (19%) of all retail sales, per a UN study.

With that said, 70% of global consumers believe that online marketplaces offer the most convenient way to shop – according to another recent report by market watcher MIRAKL.

And with many emerging economies showing the biggest rise in e-commerce during the pandemic, it is becoming clear that the e-commerce trend is worldwide – and here to stay.

According to a joint report from Facebook and Bain & Company, e-commerce penetration in Southeast Asia was projected to grow by an impressive 85% as 2021 came to a close. E-commerce businesses received an influx of 70 million new customers in the region who started shopping online for the first time since the pandemic. (SYNC South East Asia).

At the same time, India now represents a market of 549 million online shoppers according to PayU data – still only 40 percent of the country’s 1.36 billion population, indicating the potential for significantly more growth ahead.

In Western Europe, online sales in the UK accounted for 35.2% of all retail in the country in January 2021. (ONS) Since the COVID-19 pandemic hit, almost half (46%) of UK consumers have purchased a product online which they had previously only ever purchased in-store.

Growth-oriented Eastern Europe is a particularly intriguing market for online merchants, with larger Eastern European countries such as Poland and Romania continuing to see immense expansion in e-commerce as global trends coincide with national efforts promoting digitization and digital commerce throughout the region.

Mobile continues to be a major factor for e-commerce growth, particularly in markets where smartphones are the primary form of internet access. Global consumer spending on mobile e-commerce will reach $270 billion by 2025 – for reference, this is almost 2.5x more than spend noted in 2020 (which was in itself an impressive 30% increase from 2019).

Meanwhile, the number of downloads of online shopping apps on mobile rose by 48% globally between January and July 2021. Android devices noted a 55% growth, while iOS saw a rise of 32%.

Which apps are taking up most of the attention? Fast fashion apps, social shopping apps, and apps from big-box retailers tend to keep people online for the longest. The top three countries in terms of growth were Indonesia (up by 52% year-on-year), Singapore (up 46% YoY), and Brazil (up 45% YoY).

In South Africa, mobile transactions (already representing 50% of total transactions in 2019) accounted for 85% of transactions on PayU’s local platform in 2020, combining the overall trend in e-commerce with the country’s massive upsurge in smartphone adoption.

59% of consumers used a new payment method for the first time during the COVID-19 pandemic. This trend was particularly pronounced amongst younger consumers – 77% of those aged 18-24 have used a new method to pay since the pandemic began, compared to 27% of people aged 65+. Overall, more than a third (38%) of consumers are more aware of alternative payment methods to card payments now than before COVID-19.

Another interesting insight from the payments space is the impact of payment methods on checkout experience.

According to a report from PaySafe, 44% of customers report choosing which e-commerce business to buy from based on the overall checkout experience. At the same time, 56% of consumers say they shop only at e-commerce stores that offer their preferred payment method.

With payment methods playing such an important role in checkout and overall customer experience, it’s one more reason why many merchants are placing a bigger emphasis on offering a wide range of global and local online payment methods as e-commerce continues to expand.

Even as e-commerce globalizes, the payments market around the world continues to be characterized by local preferences as merchants do their best to address the needs of customers in different places.

Other alternative payment methods are also gaining traction. Buy Now Pay Later (BNPL) is catching on in more and more places, while in many emerging economies (notably Latin America), a variety of online/offline cash payment providers allow consumers to buy goods online and receive a code which can later be paid in cash at participating physical retailers.

One particularly interesting note – the growing prevalence of cryptocurrencies as an online payment method, with 9% of consumers using them to make payments online. (PaySafe)

More and more consumers expect to have one smooth brand experience while shopping, regardless of whether they’re purchasing online or offline. In a world of physical distancing, contact restrictions, and the simple convenience of doing business online, making the online experience more desirable and seamlessly integrated with offline is becoming an increasing priority for merchants.

A good example of this trend is the proliferation of personalized virtual shopping, as merchants seek to close the gap between online and offline experiences.

But unified commerce is also about more than just the end consumer. By “unifying” the customer journey, merchants can consolidate data about customers and products by centralizing it within a single platform. This allows retail businesses to extract valuable insights into the customer experience and potential pathways to improving it.

The pandemic provided plenty of opportunities to fraudsters who use specific pandemic-related techniques both online and offline. Among other examples, the pandemic has seen scammers offering everything from fake sanitizer and masks to “vaccines” that are nothing more than a few drops of water in a vial.

On the internet side, the past two years have also been characterized by an increase in mail and delivery scams that encourage people to click on links and pay for things that they shouldn’t have to – or worse, have their financial data stolen.

In a world where fraudsters have become emboldened by the rise in e-commerce and online payment activity, online merchants and payment providers must respond to these new threats as efficiently as they can. From educating consumers on potential threats to investing in the security of their platforms, those involved in the business side of the e-commerce journey are making an effort to fight back.

Security is a major focus for PayU – particularly when it comes to identity verification and preventing fraud. As a PCI-certified Level 1 payment processor, our global platform provides a range of built-in security tools that ensure seamless payments while at the same time protecting merchants as well as consumers.

During the past year (as well as leading up to the pandemic) we’ve also seen consumers give more attention to eco-friendly and sustainable products. A recent survey from EuroNews showed that 62% of people were more concerned about how their purchases affected the world because of the pandemic.

New payment options have emerged to help merchants fulfill this growing consumer preference. For example, consumers can offset the carbon footprint from their purchases or donate to charities during checkout.

The change in consumer shopping habits and growing expectations has had a tandem impact on the demands and expectations of merchants towards their payment service providers (PSPs).

As payment needs become more sophisticated, e-commerce businesses are looking for payment gateway providers that can facilitate global transactions with ease – while offering consumers a wide range of payment method options and maximizing the efficiency of cross-border payment flows.

In addition to an ever-increasing array of payment methods (especially alternative payment methods) to meet the preferences of local consumers, more and more merchants are also seeking improved payment data and reporting functions.

By consolidating payments into one global payment solution, more businesses than ever are able to get a unified overview of all their global payments – while still meeting the needs of local e-commerce markets.

6. E-commerce is booming in emerging markets

Amidst the global rise in online transactions, the growth of e-commerce in emerging markets is particularly notable. The global e-commerce landscape is expanding, and online retailers are finding new customers in previously untapped markets, which will create more growth opportunities in the coming years.

PayU’s Next Frontier report from 2021 details how the pandemic has impacted e-commerce across four top sectors in key e-commerce markets around the world.

With emerging markets representing a growing share of e-commerce opportunities, the payment landscape for global merchants is also impacted by the rising importance of these increasingly powerful economies.

Around the world there are local versions of nearly every type of payment method – from credit cards, to local banks, to digital wallets, government payment schemes, and various other alternative payment method.

Those interested in selling in multiple emerging markets require payment solutions that can deliver on these local preferences while also promising global coverage for more established e-commerce markets along with everywhere else in between.

What’s in store for online payments in 2022?

While many markets all over the world are experiencing growing levels of internet and mobile penetration, consumer trends related to online shopping have deepened due to public policy as well as the behavioral shifts of the pandemic.

Merchants and payment providers have adopted many new payment solutions which have broadened financial inclusion while improving consumer trust and security. All of these developments have led to the rise and continued growth of a vibrant e-commerce ecosystem that has been a ray of light globally during times of immense overall uncertainty.

As merchants and payment providers continue to address the evolving needs of consumers, the next year and beyond promises to see the ongoing growth of an e-commerce landscape that has been shaped significantly by the events and impacts of COVID-19.