PayU has agreed to terms with shareholders of the Indian digital payments provider BillDesk to acquire BillDesk for US$4.7 billion. The deal is subject to regulatory approval. Read more

India is witnessing a revolution in digital payments and booming e-commerce. Nevertheless, some hurdles for international merchants remain. 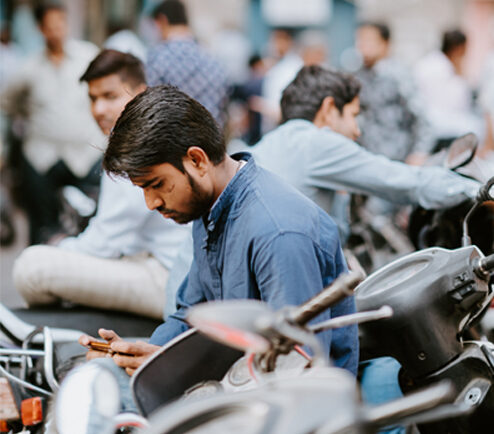 When it comes to e-commerce in emerging markets, it’s hard to find anywhere with more potential than India. More than 500 million Indians now own a smartphone, second only to China, which already represents more than half of the entire global market for e-commerce. With the smartphone revolution driving a rapid expansion of internet access, India is fast becoming a hub of so-called “m-commerce” or mobile commerce, and accompanying innovation in digital payments.

There are 130 million online shoppers in India, which for a matter of perspective is half the population of the United States. India’s e-commerce market is growing at more than 30% per year and is expected to reach a whopping $188 billion by 2025.

India’s ‘demonetisation’ and the uptake in digital payments

In November 2016, the Royal Bank of India eliminated the 500 and 1000-rupee notes overnight, with the stated aim of curbing counterfeit cash and disrupting the informal economy. Initially, an action of such radical nature wreaked havoc in this cash-dependent country, with masses flocking to deposit their money before it lost value over night.

Nevertheless, demonetisation had a fruitful impact on the growth of digital transactions, which grew at the fastest rate around the world in 2018. Since the initial demonetisation announcement, the Indian government has supplemented its action with several innovative solutions such as:

The number of Indian bank accounts have risen by more than 200 million since demonetisation. RuPay itself adds 2 million users to its base on a monthly basis. Digital payments, meanwhile, are expected to reach $1 trillion USD by 2023. A quarter of all bill payments are already being carried out using digital means, and the entire educational sector has started collecting its fees through non-cash payment methods.

In order to support such growth tendencies and compliment the surge in smartphone usage, India’s Bharat Net project has initiated a widespread rollout of high speed broadband internet in Tier 1 and Tier 2 cities. Such rapidly expanding coverage provides both existing and potential online shoppers with a solid foundation for frictionless e-commerce experience.

Even Google and Facebook are striving for the entire Indian population to be on the internet by establishing a wider reach of internet provision. Facebook is working closely with Indian ISPs in different cities, while Google is providing its own services in locations like railway stations around the country.

Though a gleaming gem in the cross-border e-commerce sphere, the Indian market still poses notable challenges for international merchants. Some of the most commonly faced hurdles:

Selling online in India without a local entity

One way to get around the current cross-border e-commerce challenge in India is to process payments locally. This is also a way that international merchants can sell into India’s e-commerce segment without the need to set up a local Indian entity.

PayU is the number one payments gateway in India. Our local presence and know-how provides international merchants with the capability to offer all locally-preferred payment methods.