14 Most Popular E-Wallets Around The World 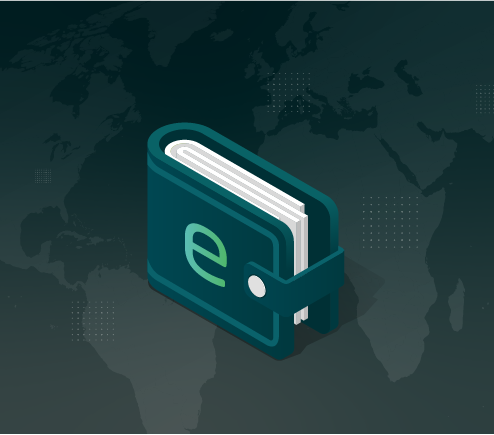 As the payment preferences of e-commerce customers evolve, global merchants must be prepared to offer a wide variety of online payment methods to accommodate customer preferences in any region. Meeting customers where they are by offering a localized selection of payment methods is particularly critical when it comes to establishing a foothold in new markets.

While big name products such as PayPal, Apple Pay, and Google Pay (in North America and Europe) and WeChat and AliPay (in Asia) may account for a large slice of the global market, there are dozens of additional e-wallets that many merchants may not recognize which are popular and important payment methods in specific regions.

Below is an overview of some of the top digital wallets by geography – as well as some tips for choosing a payment provider that can help you achieve maximum e-wallet coverage throughout the world.

Why are digital wallets important for e-commerce merchants?

14 most popular e-wallets around the world

How to choose the right payment provider when it comes to e-wallets?

Why are digital wallets important for e-commerce merchants?

By offering a selection of local and global digital wallets as a payment method, merchants gain the following advantages:

14 most popular e-wallets around the world

The market size of mobile transactions in the Far East and China is now $4 trillion, projected to reach $5.7 trillion by 2025. This makes the region dominant in terms of mobile wallet usage, even with a growth rate that is forecasted to be relatively slow in future years compared with other less-established regions.

Here are some of the top e-wallets in Asia:

WeChat Pay is a digital e-wallet service that has been incorporated into WeChat, China’s leading social media platform. Thanks to WeChat Pay, more than 900 million customers can easily make payments within the WeChat application.

This Indian e-wallet covers many online use cases such as mobile recharges, utility bill payments, travel, and others. With 350 million lifetime registered users, one-in-four people in India use PhonePe – a number that will surely rise as the number of e-commerce users in the country grows.

The European digital wallet market is on the rise and predicted to reach $708 billion in 2025. Europe’s largest e-commerce markets are the UK, Germany, France, Spain, Russia, and the Netherlands – although many of the larger Eastern European countries (such as Poland and Romania) are also becoming a more important part of the landscape, and will be a big part of driving the continent’s e-commerce growth in the years to come. Across Europe, e-wallets are estimated to register a CAGR of more than 30% between 2020 and 2025.

This American online payment method offers global coverage in its services that support online money transfers. Used by more than 377 million people around the world, PayPal was one of the first electronic alternatives to traditional banking products.

Used by 100 million people in Europe and beyond, Google Pay is a mobile payment solution that simplifies and secures purchases made with Android phones. With Google Pay, merchants can easily accept payments for physical goods and services and get access to the customer’s shipping and payment information stored in their Google account.

This mobile payment and digital wallet service offered by Apple Inc. allows consumers to make purchases on their iPhones, iPads, or Mac computers. Over 65 million consumers use Apple Pay to avoid lengthy checkout forms and pay with a touch or glance.

A recent report from McKinsey showed that 82% of Americans now rely on some form of digital payment, including digital and mobile wallets as well as BNPL (Buy Now Pay Later) and cryptocurrency.

With online sales expected to reach $12.5 billion by 2023, Mexico is also home to a growing e-commerce ecosystem. And in Canada, 53% of respondents in a 2020 survey by the Canadian interbank network Interac reported increasing their use of digital payments in 2020.

It should be noted that many of the popular e-wallet providers in North America are also popular in Europe (and vice versa) – services like Apple Pay, Google Pay, and Amazon Pay predictably have a global following. Click to Pay, a digital wallet developed jointly by the major credit card companies, is also used on both sides of the Atlantic.

In addition to Apple Pay, Google Pay, and PayPal, here are some of the other top digital wallets in North America:

Used by over 5 million merchants, Amazon Pay is an online payment service backed by the tech giant Amazon. It helps to create a fast and secure checkout experience for customers around the world.

Customers use Click to Pay to store their card information and billing and shipping details when shopping online with merchants who offer Click to Pay at checkout.

South America’s massive e-commerce growth activity will see its mobile wallet use increase by 166% between 2020 and 2025, according to a recent study. This shows the rate of change among consumers that preferred cash-based payments and societies with relatively lower smartphone penetration. PayPal, Apple Pay, and Google Pay are all popular e-wallets in this region, but local consumers can choose from other common alternatives.

A market leader in Latin America, PagoEfectivo is a popular alternative payment method founded in Peru in 2009. Today, PagoEfectivo is used by millions of Peruvians as well as consumers in neighboring countries.

Launched in 2006, PagSeguro is one of Brazil’s leading online payment methods. The solution allows users to make or receive payments via credit card, bank transfer, payment slip, or their account balance, and is used by some 5 million people.

Though not a digital wallet, a common online payment method at checkout in many Latin American countries is that of cash vouchers, which allow customers to order goods online and then pay for their goods in cash at participating retail locations, using a voucher code. Popular names include Boleto Bancario, Efecty, Via Baloto, and many schemes through local banks in the region.

Africa and the Middle East are the second biggest mobile wallet market after Asia. The market is expected to grow further by 147% between 2020 and 2025, powered by widespread smartphone penetration and the expansion of mobile money services like M-Pesa that expand access to e-commerce.

This mobile money solution is also used in several African countries. Users can load their accounts with cash at agent locations nationwide and then use the app to make domestic and international P2P money transfers, purchase goods, or pay bills.

Counting more than 16 million users, the Airtel Money Wallet allows consumers to pay for their bills and utilities. Developed by the telecom company Airtel, Airtel Money recently scored a $100 million investment from Mastercard and has big plans for the future. Airtel Money allows customers both to send as well as receive payments, and is also used in India in addition to multiple African markets.

Australia is quickly becoming a cashless society as e-wallets are growing increasingly common as a payment method both online as well as at points of sale in brick-and mortar shops. PayPal, Apple Pay, and Google Pay are widely used in Australia. UnionPay is another popular global solution, widely used across Southeast Asia, which also has a foothold in Australia.

UnionPay e-wallets operate in more than 20 countries and regions, among them Australia. The wallet supports QR codes and allows users to enroll cards. Some 90% of merchants in Australia now provide this payment option.

How to choose the right payment provider when it comes to e-wallets?

When it comes to accepting e-wallets as a payment method in different markets around the world, there are a handful of factors that merchants should consider in their choice of payment provider.

Payment processing in individual global markets can be complex, involving a mixture of local banks, payment gateways, and local payment processing networks, each one charging fees when taking part in payment verification, authorization, and processing. An integrated global payment solution which enables access to local payment methods and processing services can be a good option for merchants who want to offer local e-wallets without getting wrapped in the cost and hassle of working with dozens of individual providers.

As the layer that connects merchants and customers to the network of payment processing services going on behind the scenes, the payment gateway has an especially important role to play in helping merchants to achieve global scale and reach. Merchants should look for a solution that allows maximum reach and a direct connection to popular global and local online payment methods.

To easily enable e-wallets (particularly beyond the main global brands), merchants should also consider seamlessness and ease of integration. Look for a single and direct API connection that can enable payments in as many markets as possible without slowing down the checkout experience or adding needless friction.

When it comes to accepting e-wallet payments in diverse markets, merchants should also be on the lookout for a payment provider who can ensure local payments are as efficient and successful as possible. Global payment providers like PayU provide additional payment optimization capabilities like smart routing and advanced analytics on top of providing access to hundreds of global and local payment methods. These capabilities can be a big help when it comes to increasing payment approval rates while keeping costs as low as possible.

E-wallets are among the fastest growing online payment methods for e-commerce, with the market shaped by a mix of global giants as well as local products which may be unknown to merchants in some markets, but are some of the most important local payment methods in others.

Offering a wide mix of e-wallets is essential for merchants seeking to expand to new global horizons. To ensure as much market coverage as possible, merchants should look for a global payment provider that can enable a wide range of local and global payment methods with minimum cost and hassle.

Ideally, the mix of payment methods should include a wide range of e-wallet options, in order to reach as many customers in as many places as possible.